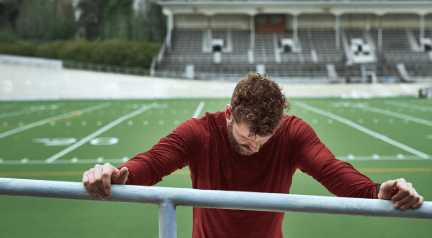 Positive psychology is an outcome of the desire to scientifically explore positive aspects of human life. The positive psychology theory has come a long way over years and with research it has unearthed building blocks of well-being and happiness. For instance, Martin Seligman found out that the degree to which people used their strengths largely impacted on the quality of lives. Physical activity or sports involves bodily movement and is carried out persistently. Increased sporting activity has been associated to cognitive functioning, lower incidence of mental illness, better mood as well as prolonged lifespan. College athletics is a demanding and unique activity.

The demands and pressures on the young students are immense. Their losses and wins are witnessed and questioned by many and usually publicly criticized.  Furthermore, within the athletics environment, the schedule of athletes has many demands, early wake ups, practices and competitions which may sometimes involve travelling, plus an academic workload as well present a tough process. Usually, social relationships have a smaller place or no place at all with regard to athletic related commitments. It’s obvious that such pressures can have a huge impact on student’s health. This paper therefore focuses on how positive psychology affects a college athlete.

History and progression of positive psychology

After World War II, psychology focused on treating irregular behaviors and consequently mental illness. Unhappy with the approach, psychologists like Car Rogers, Abraham Maslow and Eric Fromm contributed to renewing interests in much positive aspects of psychology. Seligman’s epiphany story in the rose garden is believed to have started the positive psychology movement. Positive psychology is thus a fourth wave within the evolution of psychology after the disease model, behaviorism model and humanistic psychology. Between the 19th and 20th centuries, psychology mainly focused on cure and treatment of psychological related ailments. The approach was useful and important with linkages to the greatest fathers of psychology such as Freud, Jung and Adler. Nevertheless, psychology acquired a negative perception with its focus of the negative aspects of human mind and almost no focus on its positive aspects.

Certain aspects of sport psychology have been matched with positive psychology constructs to showcase the benefits of collaborating the two fields for better results. Pyramids have been used to allow for the visual illustrations of linked constructs through the levels. Researchers have focused more on the strength wellbeing and character. Positive psychology seems to focus on factors that allow athletes to feel good and excel using their personal natural strengths to bring out their best sides.

Also Read...  Abortion should be Banned

Martin Seligman recently concentrated on positive psychology and education for well-being and suggested some ideas that could be taught about well-being. There are also cases where music has been recommended to athletes. The basis of this is that music variables can be used to select positive emotional response. There are strategies where listening to fast tempo emotive music with high intensity then contributes to the positive impact and reactive performance. Some studies have even argued that sub-cortically mediated emotions have been used to activate specific human brain areas. Such behavioral preparedness then inspires and adds the passion to win.

It has become increasingly evident that there is a need to clearly understand the vital role that institutions play in preparing athletes for competitions. The emergence of positive psychology appears to have come just right in time for sport psychology. However, there is need for further research on optimal functioning of athletes and sporting organizations. As a new approach to appreciating sporting psychological dynamics, positive psychology should then look at positive processes, attributes and outcomes linked to athletic organizations and athletes.

Another aspect of positive psychology that is evident is the exploration of high performance situations for athletes. Research focusing on the exploration of the training environments where athletes train, live and compete. Further to this range of psychological issues that may affect an athlete’s mood, motivation or emotion. There is certainly various lifestyle relationship variables which may have an impact on this training environments.  Particularly, over the course of their studies, college athletes built certain lifestyle values that paint a picture of how necessary or desirable values can be used to educate college athletes.

Key lifestyle values with respect to personal control handling and overcoming relationships, hardships and balancing class and athletics. This impacts definitely affect an athlete’s ability to succeed in athletics. There is a possibility that positive psychology can be informed by the information above, this information provides insights into the performances of college athletes and how they can be influenced for positive emotions. Nevertheless, there is need for research to expand perceptions to the various psychological factors that underline the performances of athletes as well as those involved with their trainings.

With the complexity and dynamicity of athletics, the functioning of athletes at the interface of successful training is often misunderstood. For instance, good communication in the information technology based athletics world must be conscious of the training ground factors for better performances. It is also important to understand that Martin Seligman gave an indication of the possibility to actively foster positive psychology in education.