Economic Growth and Poverty in Nigeria 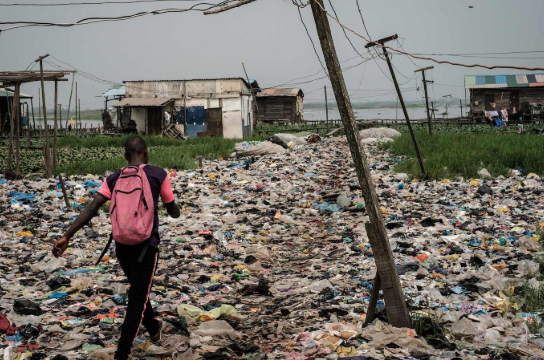 The poverty rate in Nigeria

Given that Nigeria is home to many human and natural resources, many would think that its citizens are prosperous and very rich nevertheless, this is not the case. Nigeria approximately has a population of 180 million people but of that, over 115 million are living before the poverty line. Data from Nigeria indicate that the prevalence of Poverty in Nigeria has been on the rise over the past few years. According to Omotola, the percentage of absolute poverty in Nigeria increased from 6.2 percent to 29.3% between 1980 and 1996 though later declined to 22 percent in 2004. It is argued that over 115 million of the Nigerian citizens live below 1 dollar per day. It is also argued that the number of Nigerians living in poverty rose from 54.7 percent to 60.9 between 2004 and 2011.

Poverty rates analysis across various zones reveals that with respect to relative poverty rate and absolute poverty rate, the North-Western part has the biggest rates 77.7 percent and 70.0 percent. This suggests that even though Nigeria is regarded as the biggest African economy, a huge part of its population is poor. Regardless of the various economic initiatives undertaken by its leadership, the poverty levels may keep increasing if a solution to corruption and Islamic insurgence is not found. The situation in Nigeria is paradoxical given that even though it experiences economic growth, this growth does not really affect the living standards of its citizenry.

Poverty in Nigeria is mainly in rural areas where most poor people live and agriculture is mainly the source of livelihood for such people. In Nigeria, over 70 % of the population draws livelihood from agricultural practices. Therefore any notable improvement of agricultural production will lead to an improved economy and reduce poverty. This may of course not be evident within the short term but with time agricultural productivity will indeed improve incomes of people residing in rural areas. Agriculture achieves this in two ways, by increasing the income levels of the people as well as widening employment opportunities for people residing in rural areas.

People who seriously focus on agriculture and employ modern production and preservation techniques will surely harness great incomes. It is also important to note that people who exchange their efforts for wages are better placed to negotiate for better pay from farmers who have the means and factors of production. Better incomes imply that such people are able to afford basic goods and services as well as education. Living standards will also improve due to widespread agricultural production. Road networks may be built to facilitate access to agricultural raw materials by investors accompanies among other benefits.

Economic growth independently has a vital role in poverty reduction. Various studies have underscored that there is a big relationship between the reduction of poverty and the per capita income of any economy. Poverty in Nigeria has been largely attributed to corruption which then hampers economic growth. Other studies have argued that this may also be a consequence of the accumulation of wealth by the private sector.

It is evident that there is a need for Nigeria as a country in its bid to reduce poverty levels to promote a good environment through creating feasible policies that will motivate and drive investment by the private sector. Capital investment can only be guaranteed through such an environment as there is no cheaper way to promote private investment. Furthermore, with the stable macroeconomic policies, a need exists for an economy that is trying to reduce poverty levels to increase its policy areas to cover matters of trade liberalization, privatization, reforms in the judiciary, labor market reforms and reforms in the financial sector. Addressing these areas will definitely improve investment within the public sector particularly the main areas whose effects to the citizens cannot be assumed such as health and education.

Challenges to the Nigerian economy

Despite the positive economic growth, the Nigerian economy remains susceptible to overdependence on oil and agriculture. The nation is also facing challenges in security with respect to the outlawed extremist Boko Haram group. Furthermore, the fragmentation of roles across various agencies and commissions increases the challenges of adopting reforms. Access to finances is also a challenge to startup firms. The Nigerian markets also lack the in-depth to spur job creation and economic diversification of financial investments. Most states within Nigeria also function in isolation and face numerous challenges in migrating their economies beyond agriculture and oil. There is a huge infrastructure deficit across Nigeria and access to rural areas remains a huge concern for many.

The various levels of government in the country also have an autonomous but overlapping policy and fiscal jurisdictions which directly affect the millennium development goals. Progress towards economic growth is thus affected by the policy coordination as well as service delivery across the existing tiers of governments. There is also a huge skills gap within informal and formal sectors thus affecting the nation’s efforts towards better competitiveness and improving employment. Even with the great national income that Nigeria has, the challenges are too many to effect any real change. Perhaps the leadership should prioritize aspects that have a greater impact on people such as agriculture and education. Forces against corruption should also be united to ensure that public resources do not get lost enriching a few people.

It is evident from the arguments above that economic growth and poverty reduction for the case of Nigeria are closely related. It is evident that an economy that is going through improved levels of economic growth is better placed to fight poverty than those who experience stagnated economic growth. Furthermore, it is obvious that many developing economies particularly Nigeria have a huge population that engages in one activity often agriculture. The over-dependence in agriculture by the Nigerian people may be a disaster in waiting. Agriculture is usually affected by global market fluctuations thus not really an area that an economy can depend on.

Nigeria, therefore, needs to come up with good strategies that will allow it to cushion itself from global market fluctuations and have the power to address the issue of poverty. It is also evident that Nigeria’s manufacturing sector is playing a small role in reducing poverty levels in Nigeria. As a consequence, the Nigerian government needs to promote local and foreign investors through the provision of good business working environments with guaranteed high returns on investments. The Nigerian music and art industry are also doing very well which should prompt the Nigerian government to focus more on investments in the area as it offers a real opportunity for poverty reduction. Finally, the Nigerian government should also create awareness on the need for education which can be applied in manufacturing firms to negotiate for better wages.